3DPrime provides accurate As-Built BIM models and As-Built documentation. As-Built model reflects the as built stage of all building trades, including MEP. We produces high quality As-Built BIM models capturing all changes taking place during construction. Our team works closely with the construction team utilizing site mark-ups to incorporate all information and changes into BIM. We perform quality checks and data verification to ensure that BIM models are accurate in all respects. Our As-Built BIM services help contractors in successful project close-out which is difficult when information is mismanaged or inaccessible. This BIM model serves as a central database and single source of information.

Our various clients have an opportunity to implement BIM where they can get below described deliverables, which are from 3D BIM. As you can see that we are in position to address all major engineering deliverables thru usage of BIM. considers this as “End To End” BIM services. Apart from these direct BIM deliverables, ensures to do all possible value addition during BIM implementation.

There are multiple ways one can get the As-Built information. 3DPrime is capable of producing As-Built Model and Drawings using traditional way of collecting As-built information as well as modern day technologies such as Photogrammetry and Lidar Solutions. While working traditional ways, we do collect As-built, site updates information from site teams / contractors and integrate into earlier built “To Be Built” clash free model and develop As-Built Model. For As-built drawings either construction stage GFC’s are used and updated with As-built, Site updates so as to produce final As-Built drawings. 3DPrime has developed efficient process to capture all changes that take place during construction. By utilizing As-Built drawings and/or contractors/sub-contractor mark-ups, 3DPrime incorporates these change/modification information into the BIM to generate integrated As-Built models. In another way, if needed As-built model can also be used to produce directly 2D As-built Drawings. The process of as-built information modelling using new technologies can be divided into two main phases: data acquisition and building information modelling.

Several techniques can be used for data acquisition in order to create as-built in construction. However, there are limited techniques to acquire data with possibility for creating digital modelling. Traditional Practice Traditional as-built practices are mainly based on graphical standards for 2D drawings. To develop such illustrations in two or three dimensions, traditional measuring equipment is used. The accuracy of these traditional as-built methods is within the required tolerance. However, this traditional method of data acquisition produces a mass of drawings so that their management and usage are time consuming. Traditional site layout method is labour intensive and required many times re-measuring.

Historically, sketch and photos are used to supplement traditional method to assist CAD operators to enhance the information and accuracy of traditional as-built planning without any ground control. Recently, researchers try to use photogrammetry techniques to produce digital and parametric data for as built information modelling. Photogrammetry refers to geometric information derived from photographs. However, this method has limitations. For example, extracting object points from a wide angle shots nearby an object is difficult. This approach is not able to produce the required information about the topography of irregular shapes in detail, and cannot provide the details of curves and irregular shapes, whereas lidar scanners can capture such details easily. Photogrammetry usually cannot be used independently in creating as-built, and it is not an ideal solution for as built. Recent studies attempt to integrate digital photogrammetry with lidar scanners.

Lidar is a laser imaging technology that is increasingly employed for capturing scenes with millimetre to centimetre accuracy. It provides fast, accurate, comprehensive and detailed 3D data about the scanned scenes at the rate of hundreds of thousands of point measurements per second. Laser scanners collect data in the form of point clouds which are shapes and dimensions of objects in real space converted and represented as a collection of points in a 3D digital space. Recently, lidar is widely used for construction purposes. Particularly, several studies attempt to use lidar for as-built creation. However, there are two main problems in this stream. First, geometric information such as lines and surfaces cannot be easily extracted from millions of point’s data of objects, and are recommended as future research. Second, a limited number of scanners such as terrestrial scanners are suitable for BIM, and the state-of-the-art of technologies are not investigated fully. 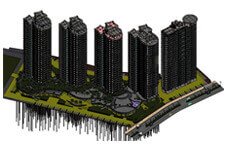 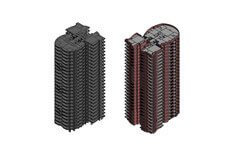 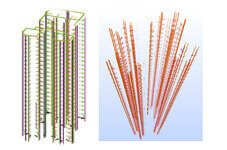 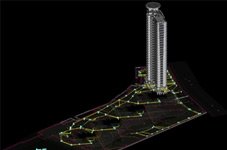 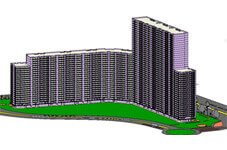 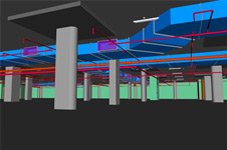 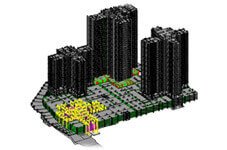 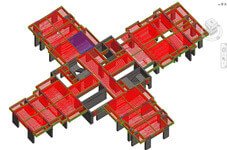 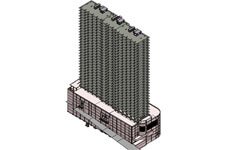 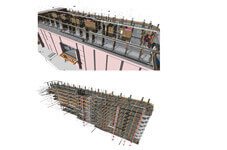 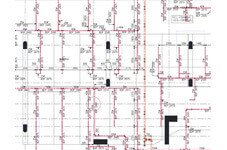 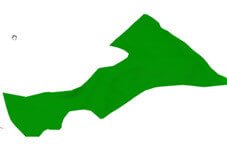 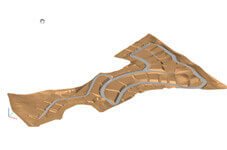 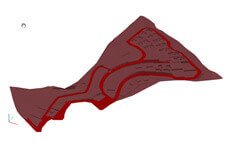